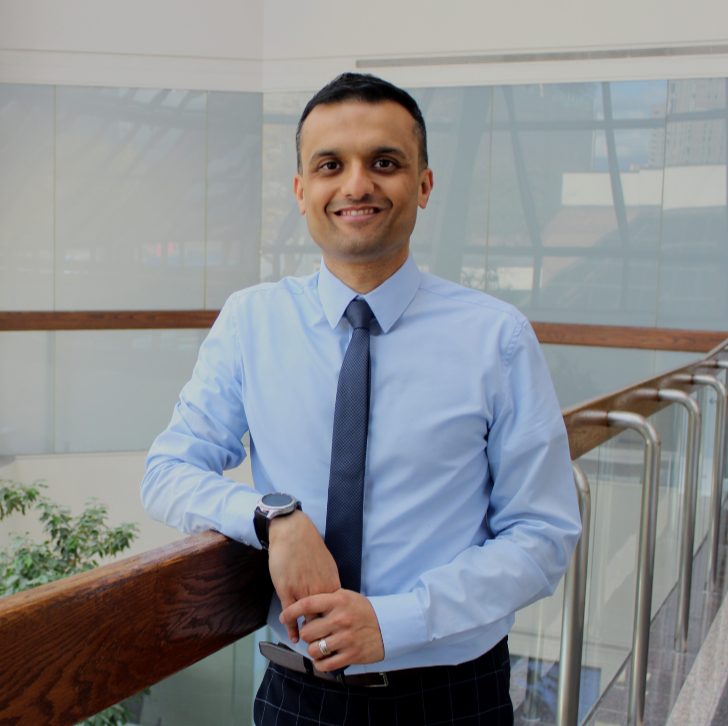 Swapnil Rege is a Certified Health Executive and a Certified Lean Six Sigma Green Belt with a strong background in creating operational excellence. Prior to moving into a health leadership role, Swapnil worked as a physiotherapist in acute-care in New Brunswick and Ontario. He was also the staff physiotherapist at the World Curling Championship in 2009. He has been profiled as an emerging health leader on several occasions by the Canadian Physiotherapy Association. He was the recipient of the 2009 Young Leadership Award by the New Brunswick Physiotherapy Association. Swapnil holds an MBA degree from the Schulich School of Business, Master’s degree in Physiotherapy from McMaster University and a Bachelor’s degree from the University of Toronto.

Swapnil lives in Mississauga with his wife, son and twin daughters. He is an avid squash player having played for McMaster University from 2006-2007. He also enjoys playing soccer and cricket. In his free-time, Swapnil enjoys travelling, reading and spending time with his family.